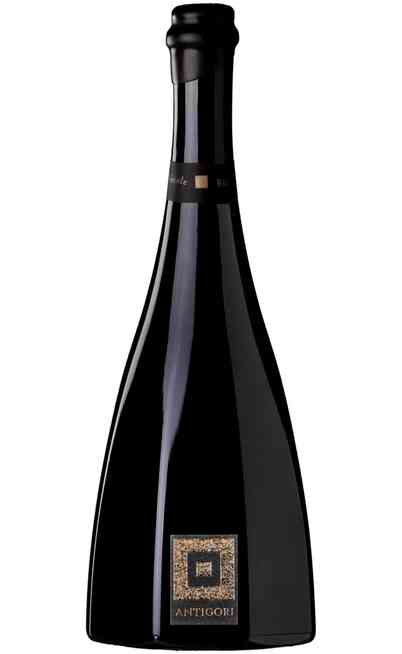 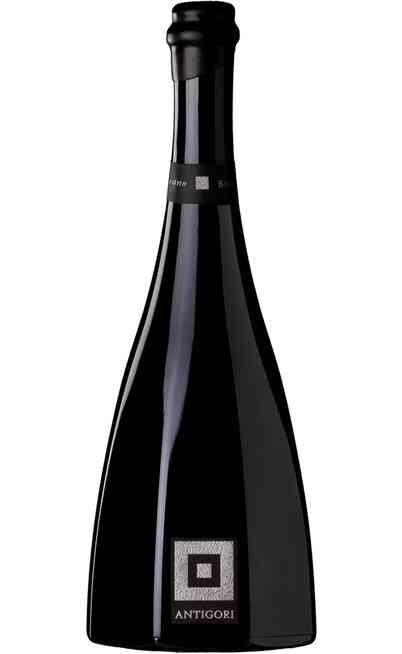 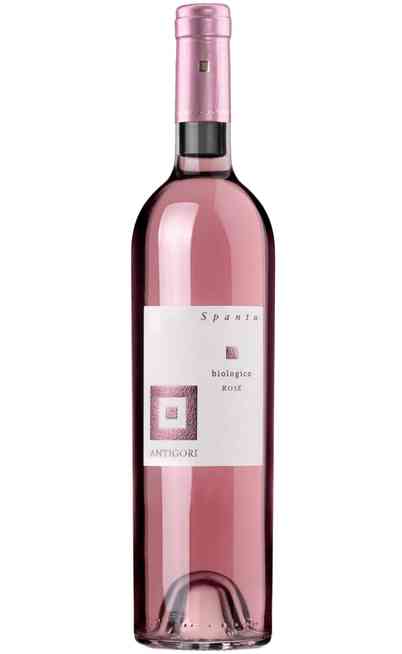 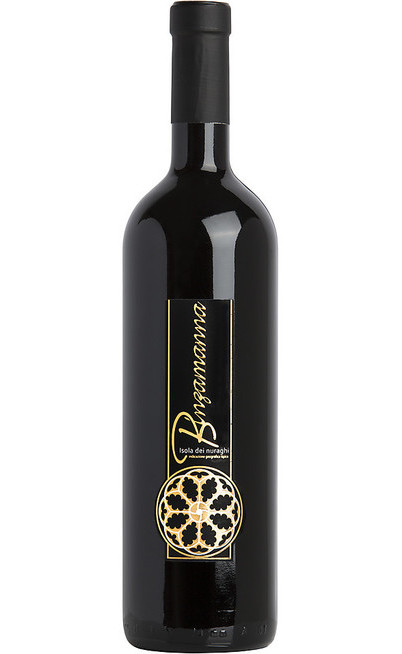 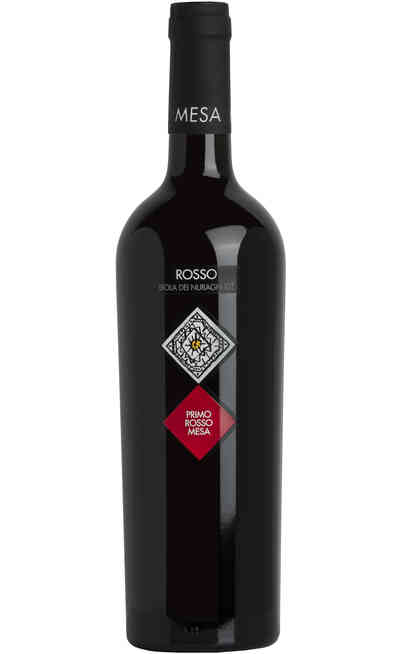 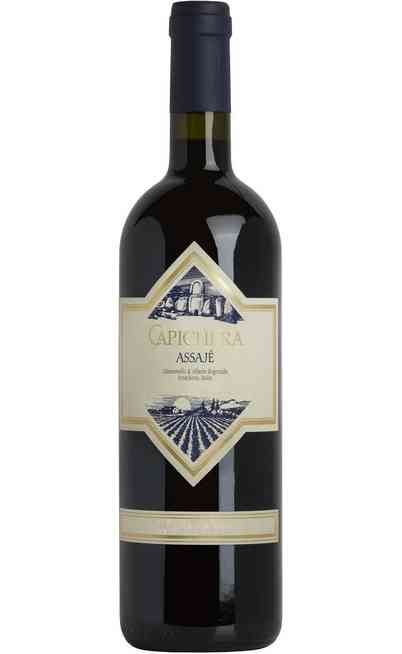 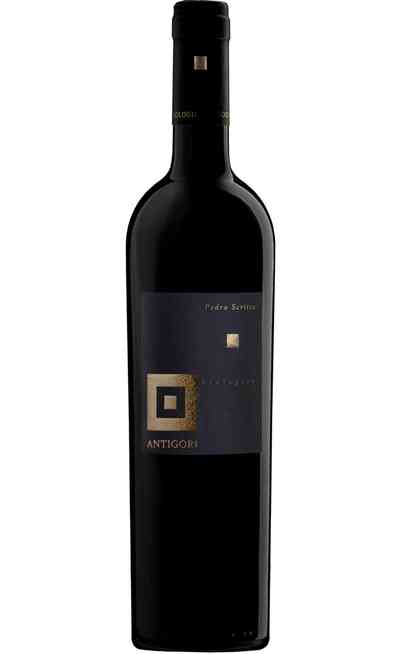 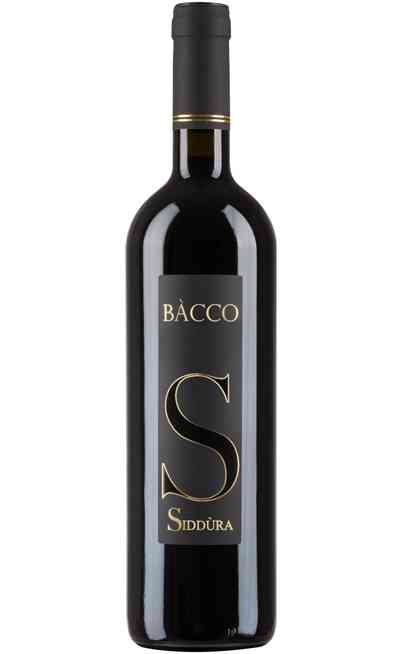 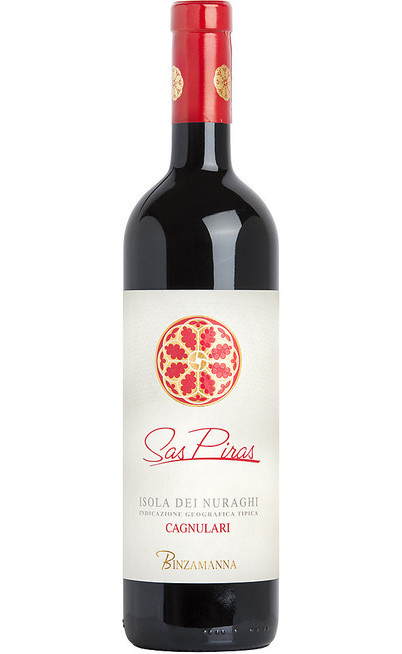 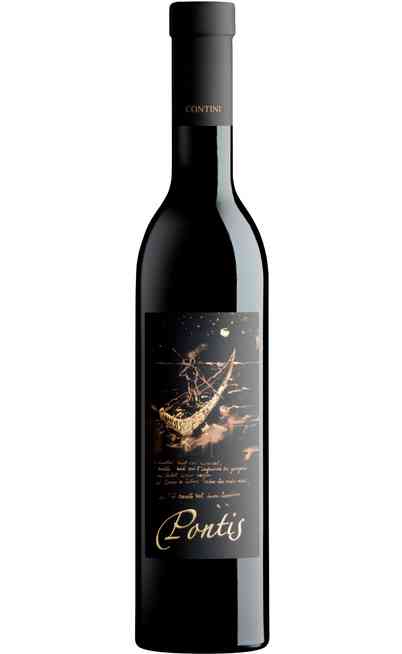 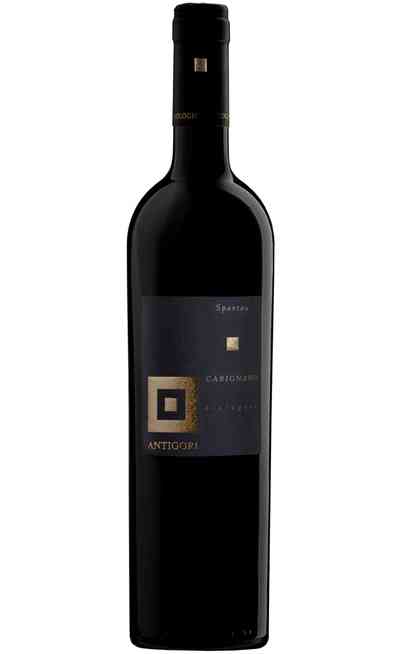 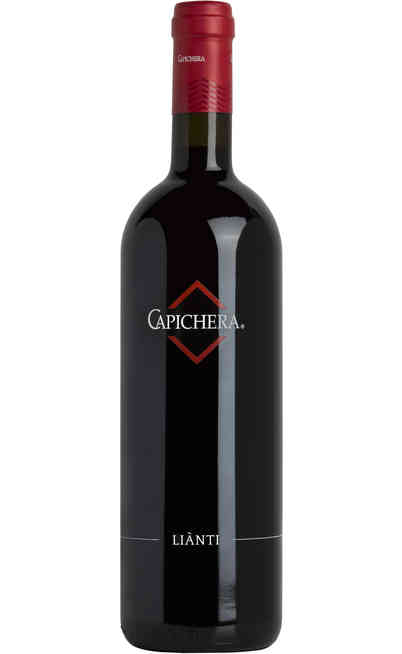 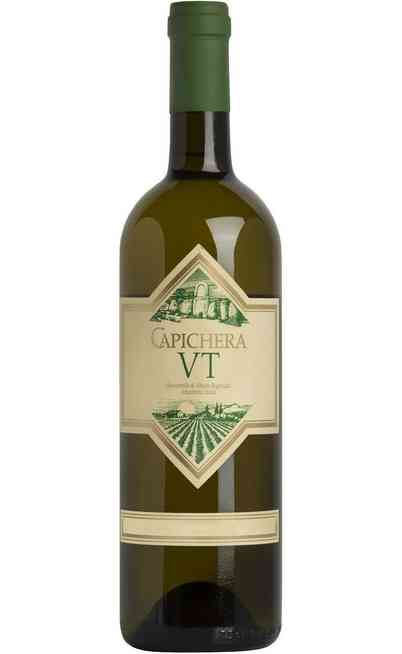 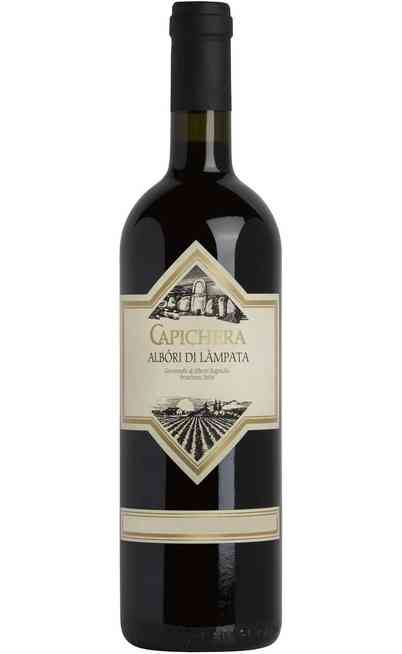 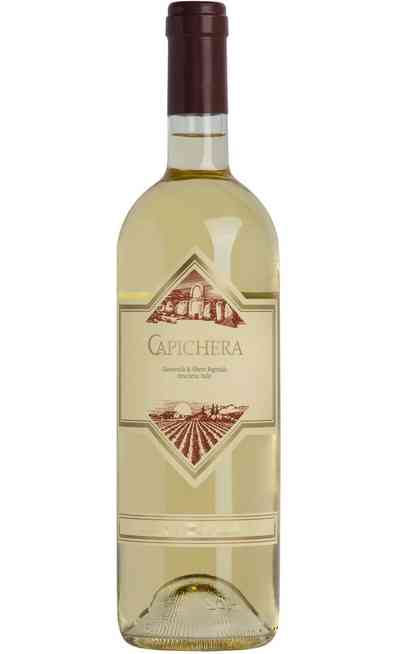 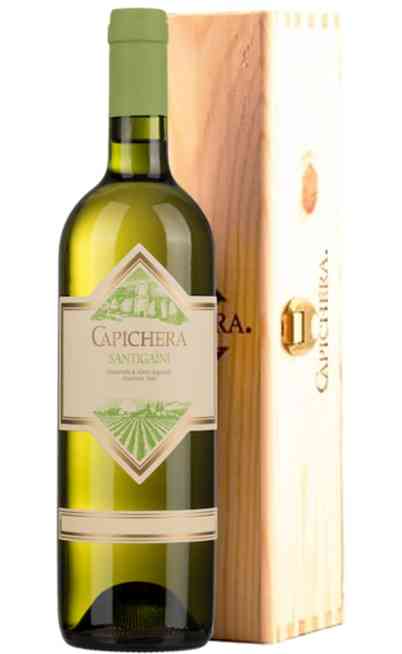 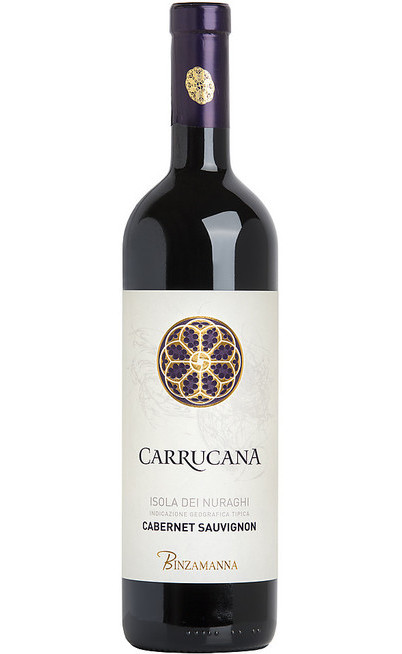 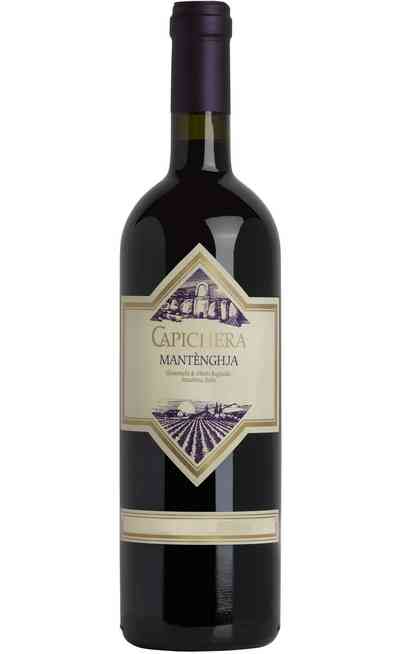 General description of the Isola dei Nuraghi wine and territory

The production area of the must and the wines suitable for the production of the IGT wine “Isola dei Nuraghi” comprends all the Sardegna territory. The technical policy of production gives to this wine the IGT certification after a decree of the 30th November of 2011. To know the history of this wine it helped the several digs made in the Sardegna countryside in different archaeological areas where there were found some vines dating back the 1300 b.C.

The grape seed found testify the presence of a sure wine and food culture in Sardegna even before the Phoenician arrived in the Island, which means between the IX° and the VIII° b.C. which is the reference period where culturally is collocated the born of the wine cultivation in Sardegna. In addition during the Romans and later there were found tens of shipping wine barrels.

As example of the continuity of the cultivation of the vine in this land for millennium has to be quoted the purchase register of the Vatican archive that in the first years of 600 is mentioned the purchase of the white wine of Telava of the Triei hamlet in Sardegna. During the  period between the 900 and the 1400 there were issued the first rules on the care of the agriculture nominated also in the ““Carta de Logu” of Eleonora di Arborea (1392), which was the legislative codes effective until the Piedmontese period.

The usage of the wild vine from people living in Sardegna is reported in the Carta de Logu where are also related some prohibitions against the commerce of the wild vines. The seller and the buyer could have passed some problems: money penalty and reclusion depending on the King will.

Several toponyms used in Sardegna refer to the vine and there are also many dialectal synonyms clearly with Latin origins as for example “su laccu” for the pressing tank and “pastinai sa bingia” which means install a new vineyard.

At the beginning of 1300 during the Middle-Age Sardegna was under the Pisano domination and Sarrabus and Ogliastra were used as wine tank. There are many information concerning the period between 1300 and 1400 about the quantity, the quality and the origins of the vines; the supply registers denotes two directions: one from the countryside to the town and the other the wine coming from by the sea in the port. The neighbor countryside and the villas nearer or not, when there were no war, they used to feed Cagliari with must and wine already bottles in tanks which was the generic white or red “sardesco” .

Sometime later, the Bacci in 1569 wrote about the habits of the Sardegna inhabitants of the production of the wine from the wild vines. The historical Angius in XVIII century wrote this: “salto di Nurri potrebbe a taluno parere una regione, dove la vite fosse indigena; così essa è sparsa per tutto e con tanta prosperità vegeta porgendo in suo tempo questa spura. Grappoli di acini vario colorati e deliziosi. Essa trovasi in tutte le parti arrampicata alle altre piante, e principalmente sulle amenissime sponde della riva”  (this is old Italian and he talked about Sardegna as land very rich of grapes and vines, and he describes it climbing everywhere). In 1746 a large relations historic-geographic wrote by the General intendant of the Kingdom, Francesco Giuseppe de la Perrièr count of Viry gave  particular description of the rural Sardegna by describing with a widely viticulture and spread in several different areas of the island.

Some genetic feature shared  by the wild vine and some local cultivation (the “Muristellu” very spread in the Nuorese) suggest some connection with the two sub-species and support the hypothesis of a secondary center of domestication in Sardegna. Some episodes of domestication of the wild vine by the farmers have been located in the CRAS (Centro Regionale Agrario Sperimentale della Regione Sardegna) today flows to the AGRIS Sardegna (l’Agenzia per la ricerca in agricoltura della Sardegna).

The particular quality of the wine from Sardegna is well-known. Since the end of ‘800 these peculiarities were revealed on scientific bases. The Cettolini, in fact reveled the high density of implantations per hectares which is around 7000 and 7600 stumps per hectare and these last are the density still present in the oldest vineyards which are able to produce great quantities. It follows a reduced quantity of gems which are able to express an elevated acidimetric proportion which match the grapes cultivated in high altitudes.

The cultivation methods are the typical from Sardegna; the vineyards are cultivated as little trees or set up counter and pruned with the guyot method or spurred cordon by keeping the vegetative-producing balance of the tree by permitting to slow down the growth of the vines and so guaranteeing a particular qualitative production.

The grapes and wine of the Isola dei Nuraghi

The IGT (Indicazione Geografica Tipica Isola dei Nuraghi) is reserved to those musts and wines that correspond to the conditions and requisites of the technical policy of production. The Isola dei Nuraghi denomination preview the following wine typologies which differs for color and taste.

White Isola dei Nuraghi both smooth than sparkling as spumante. It comes from pressed grapes and follows the raisin wine making process.

Rosé Isola dei Nuraghi, which could be also in the sparkling typology and spumante.

The IGT “Isola dei Nuraghi” white, red and rosé have to be produced by grapes coming from vineyards composed by one or more vineyards suitable to be cultivated in Sardegna, enrolled in the national register of the vine varieties used for the wine production. Some examples are: Cannonau, Carignano, Girò, Malvasia, Monica, Moscato, Nasco, Nuragus, Semidano, Vermentino, Vernaccia. All these wines can be used for a 85%. There  could be added some other varieties for a maximum of a 15%.

The grape harvest has to be done by hand during the first hours in the morning. The wine making process takes place as cold maceration. Follows a soft pressing and a natural settling. The late fermentation takes place under temperature control. The refinement on noble dregs is for about 60 days. A little quantity of must ferments and refined in little French oak barrels. The preferable ground is calcareous and better if the sediments are marl.

The IGT Isola dei Nuraghi wines when sold has to have the following requirements:

White Isola dei Nuraghi: the color is a paper white tending to an amber yellow. The scent is characteristic and it reminds the sour of the ground on the contrary the taste is very sweet and dry.

Red Isola dei Nuraghi: the color belongs to the red and in particularly it has a light ruby red color that tends to a garnet color. The scent has some peculiar black berries and sweet red fruits flavors. The taste is dry and sweet almost nut brittle.

Rosé Isola dei Nuraghi: it has a light rose color and in the most refined versions it has a deep pink color almost a light red. The scent is once again characteristic and it reminds to the flower and the country. The taste is sweet and balanced.

Suggested matches with the Isola dei Nuraghi wine from Sardegna

The “White” has to be matched with fish starters, potato culurgiones with mint, risotto alla marinara, with artichokes, linguine with fish, and braised or humid fish. It is also good with white meats and middle aged cheeses.

The Red is perfect with red meat and aged cheeses.

The Rosé is perfect with the Italian starters, the vegetables soups, main dishes, and soup fish or roasted fish.