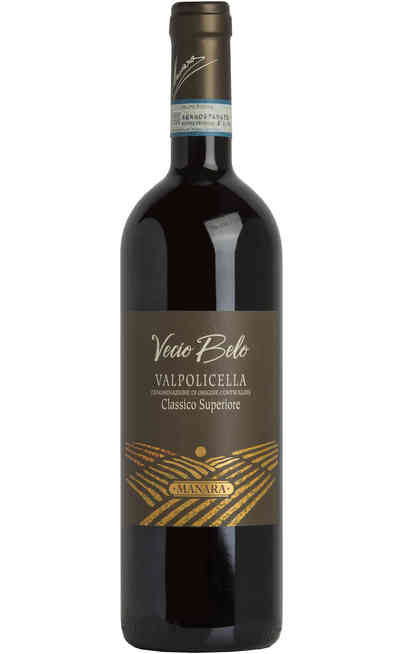 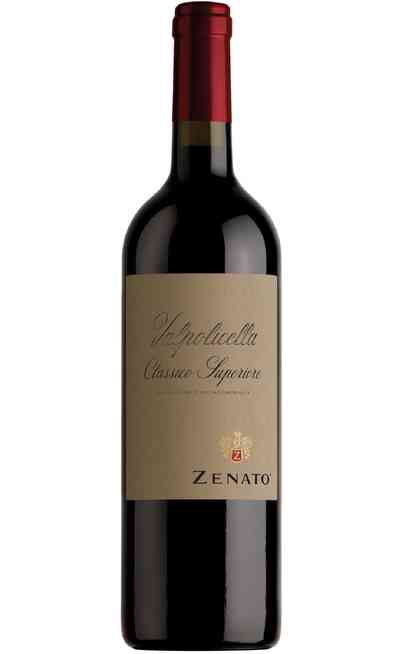 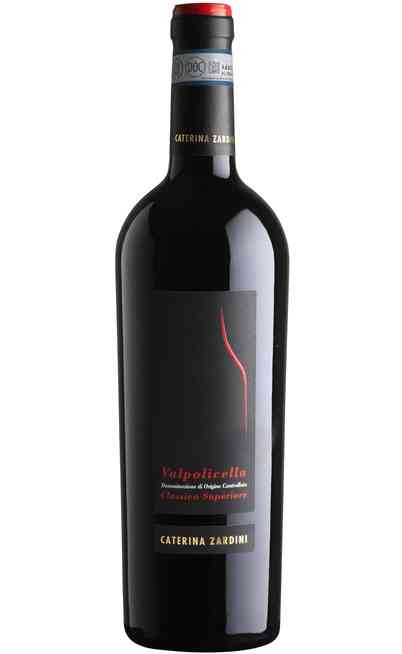 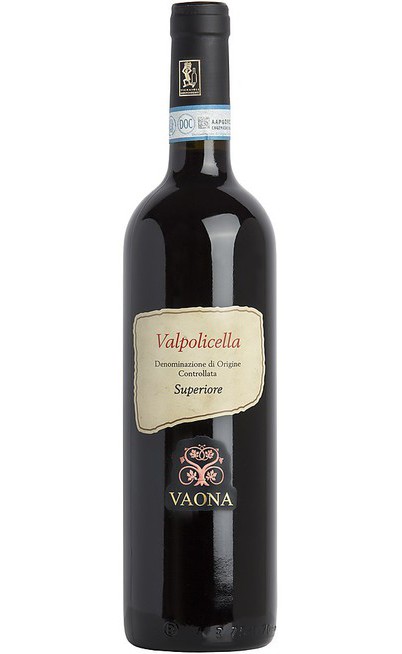 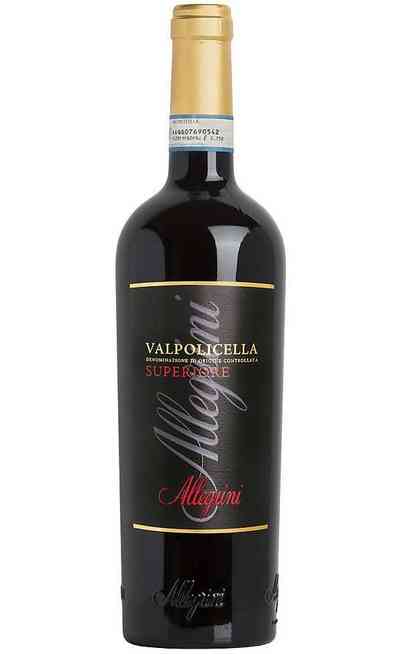 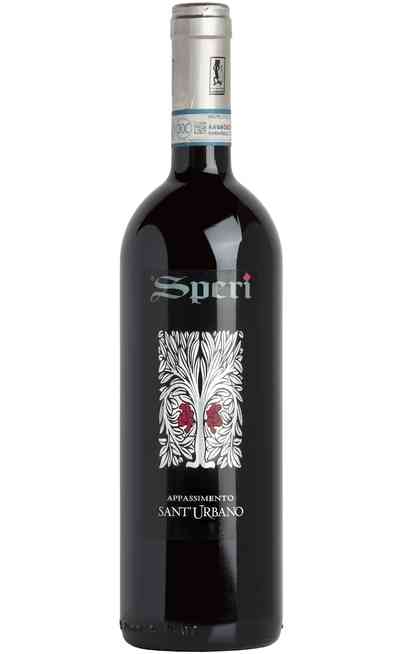 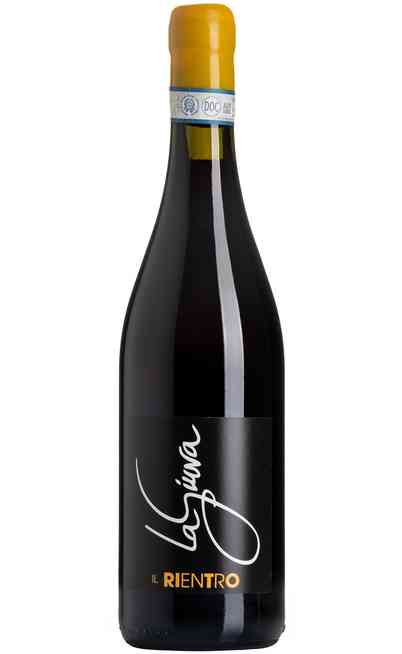 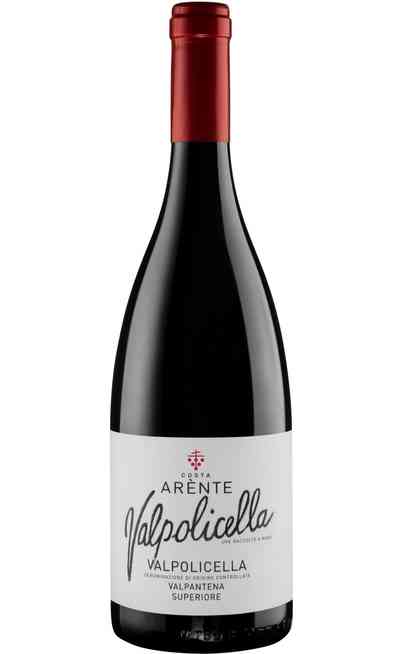 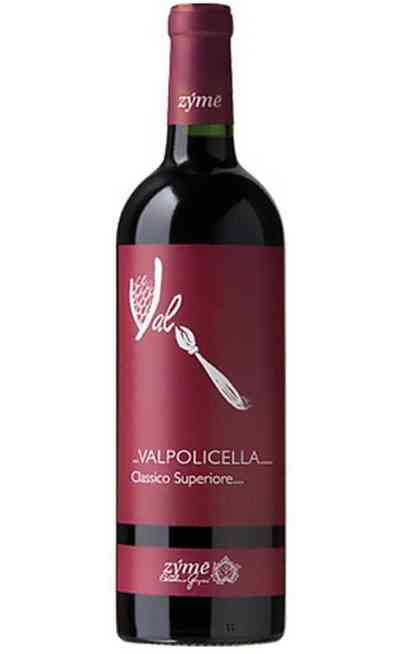 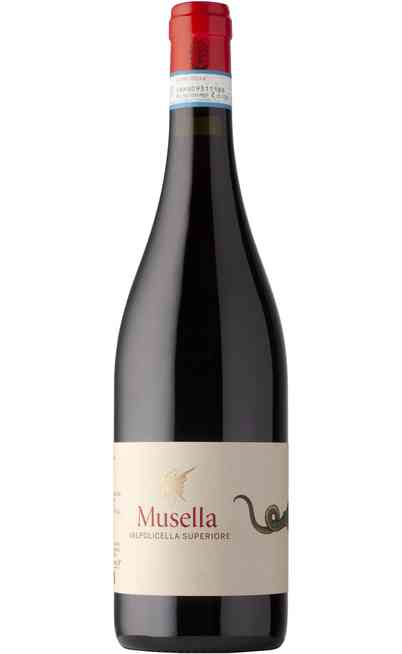 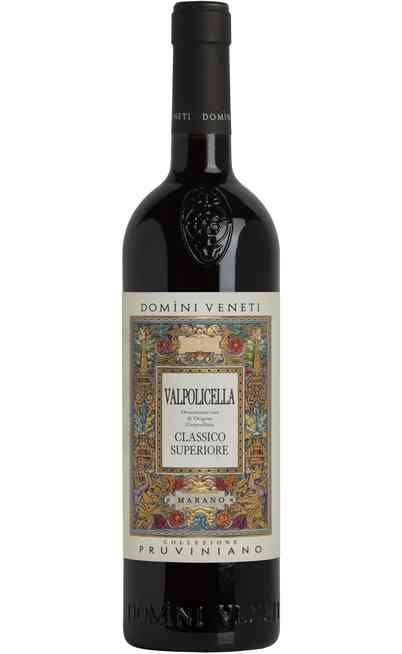 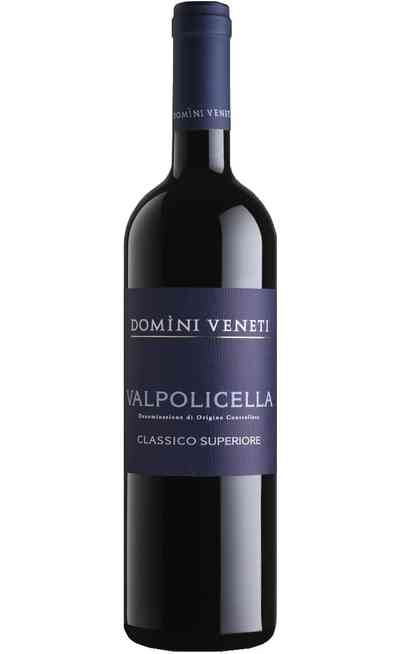 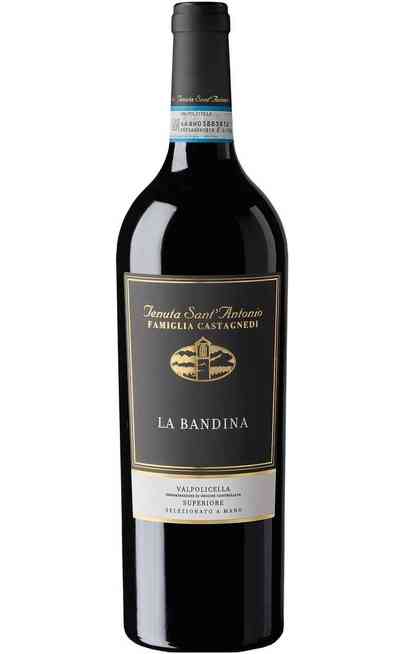 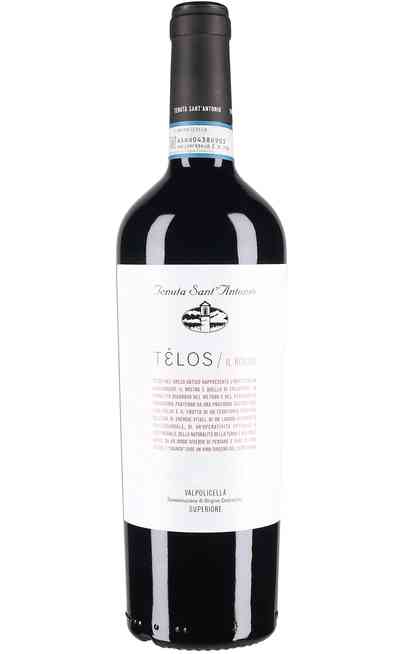 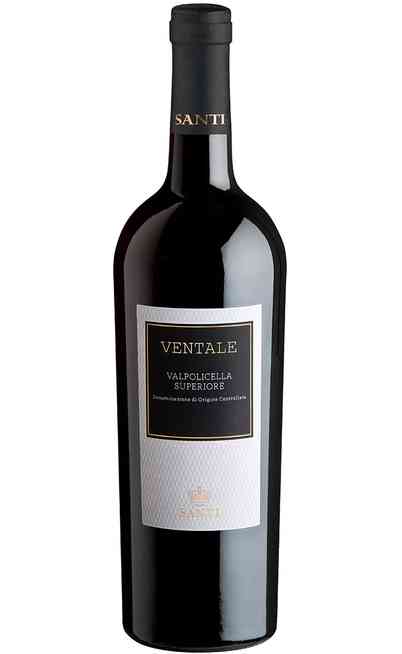 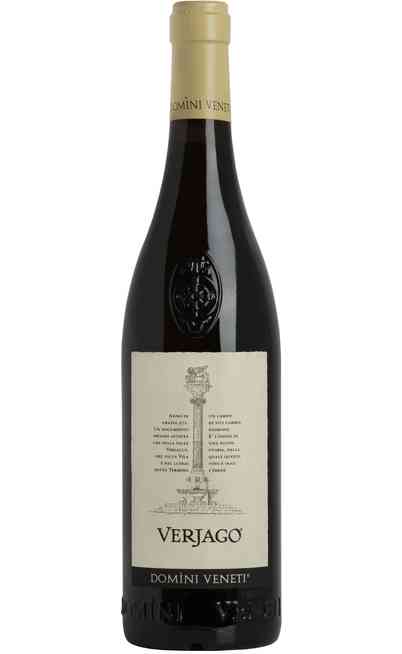 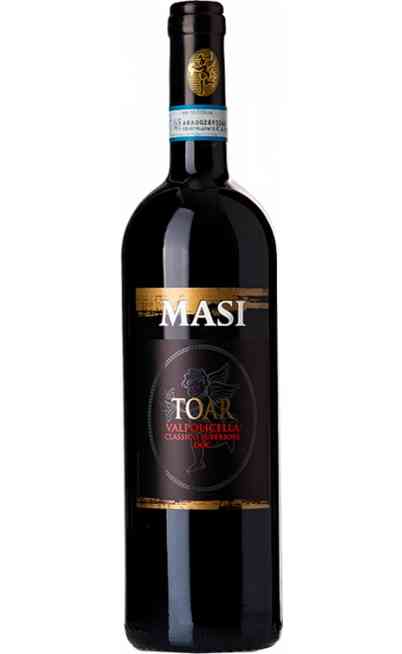 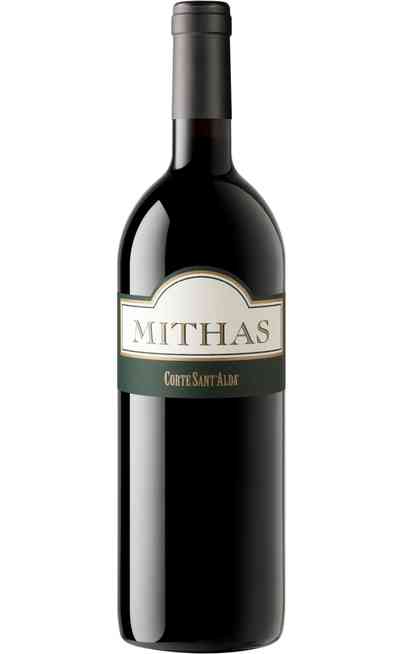 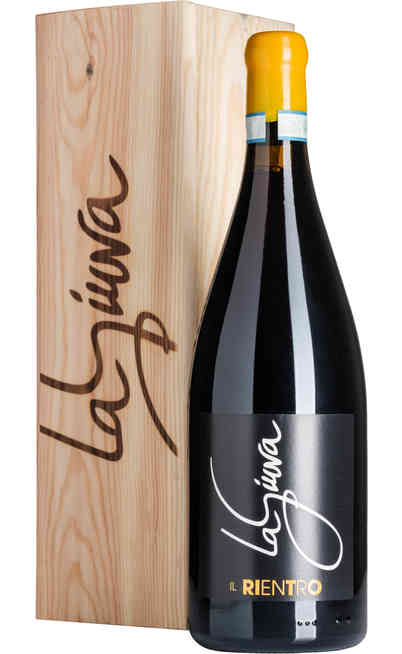 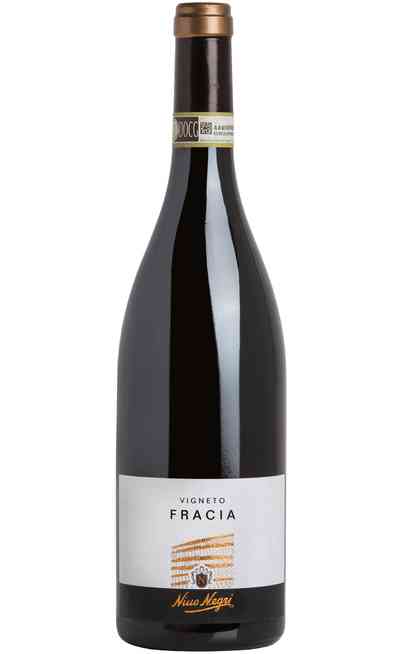 General description of the Valpolicella Superiore Doc wine and its territory

The red wine of Veneto Valpolicella Superiore is a prestigious wine that since 1968 praises the DOC certification (certificazione di origine controllata).

The use of the certification next to the name of the wine was specifically authorized by the Italian Republic President with a decree signed the August 21st ,1968.

The Valpolicella wine is enriched with the attribute “Superiore” only if it comes from the Valpolicella Classico and if the refinement takes place in wood barrels for at least 12 months which always start from the next 1st January  since the grape harvest.

In addition to this very important aspect, the wine has to achieve the minimum alcoholic degree to determine the specific “Valpolicella Superiore” which is 12°C, as specified in the technical policies for production.

The production area of this fantastic wine of Veneto is located at east from the Garda lake and at North-West from Verona that is the administrative center plenty of history and culture internationally well-known. The territory is mostly hill, rich of wine and food culture of every level, arts and culture.

Its territory extends for 250 square kilometers but it has an high percentage of peculiarities and tradition which  represent a reference point in Italy.

The Valpolicella territory, geographically includes 19 towns all inside the administrative boundaries of the Verona province. Concerning the vinicultural aspect, the towns interested in the production of prestigious wines are 8: Sant'Ambrogio di Valpolicella, Fumane, Negrar, San Pietro in Cariano, Sant'Anna D'Alfaedo, Pescantina, Marano di Valpolicella and Dolcè.

The red wine Valpolicella, in every variety and typology born from a sage grapes blend coming from different vineyards.

The higher percentage is composed by the grapes “Corvine” which are at maximum the 95% but depending on the variety it can decrease to a 45%.  The “Corvine” grapes are always the most present in the blended, by the way the complex harmony of the wine of the Valpolicella is also due to the other variety blended.

The grape Rondinella is  essential and depending on the variety, it is present between a 5 and a 30%. Very important is the Molinara that can achieve the 25%. Since 2003 many vineyards have become not essential according to the technical policies for production such as the Molinara; by the way this vineyard is still cultivated because of a certain attachment to the traditional and historical production methods.

Other grapes for the certification achievement are the ones coming from Negrara, Oseleta and Forsellina and are used for a maximum of 10%.  In the last years is used also the Corvinone vineyard which is a modern revisit of the historical Corvina, which is used at maximum  for a 50% if used as substitution of the Corvina which in this case decrease to a 45%.

The grapes and the vineyards of the Valpolicella Superiore Doc

As previously described the grapes used for the production of the Valpolicella superiore are mainly three that are blended together. The Corvina which is a local historical vineyard used for a 95% or the Corvinone which can be used up to a 50% in substitution of the Corvina and the “Rondinella” which is used with lower percentage. To these wines there can be added up to a 10% grapes coming from the valley floor that help the qualitative production without changing it.

The grape harvest takes place in October as indicated in the technical policies for production  and it has to be done exclusively by hand.

The vineyards are located in the core of the Valpolicella and they grow from 250 meters up to 450/500 meters. The best exposition for the Corvina is on the south, south-east slope. Most of the time the Valpolicella hills, to face the market demand, were terraced to allow a larger cultivation by always keeping the qualitative standard that permits them to have the DOC certification.

The territories are very calcareous with an high percentage of clay. The alkaline of the land is moderate also at the bottom and this permits the grapes to maintain the same characteristics also in the subsoil where the roots penetrate. The few water resources of the basin,  in synergy with the big calcareous valency of the soil which permits the water to slide and permeate, transfer the feeding and the salt dissolve processes  to the rainy water which permits to create particular conditions that reduce the productivity but improve the quality.

The wine making process occurs with the destemming of the grapes and the following pressing, by using mechanical systems activated by hand. The fermentation temperature is controlled and kept in a range between the 25° and the 28°C. The maturation process lasts 10 days with pressing actions (the must is drowned in the pressed grapes) three times per day. The conservation for the first 4/5 months is in steel tanks while the second refinement takes place before May in wood barrels for about 18 months.  An additional refinement takes place in the bottles for 6 months.

The color of this amazing red wine of Verona is a medium intense ruby red color which tends to a darker red after the refinement and the aging mostly if this last takes place in wood barrels. The bottle refinements of the wine keeps it ruby red colored.

The scent is strongly winy with an amiable and pleasant perfume, delicate and characteristic that sometimes reminds the bitter almonds.  This scent is more present in those typologies of wine refined in wood barrels.

In general the scent is complex with some red and dry fruit flavors and once again the spicy aroma emerges and persists.

The taste is dry and velvety very structured and rich, quite bitter and sapid but perfectly harmonic.

In the most refined versions (about 18 months) the wine is even more full and velvety by keeping a good balance between the tannins, the acid consistence an the alcoholic degree.

Matches and technicality of the Valpolicella Superiore Doc

The serving temperature of the Valpolicella superiore DOC has to stay between the 16°-18° C.

It has to be served in a wide wine glass such as the “Ballon” to allow a minimum settling and an availability of the olfactory aromas. The bottle has to be open one hour before serving it.

The ideal matches are the ones with the noble poultry such as the guinea fowl or other meats both light than more structured such as the calf, the roasted or humid meats or the roasted pig. The main dishes to be matched to this amazing wine are the most typical of the production geographical area such as the mushroom or vegetables risotto, with cold or soup legumes and with a meat sauce.

It is perfect also with the grilled or braised red meat with cornmeal mush. The wine can be drunk also with very typical dishes such as The “pasta Pastissada de caval”, the “pasta al forno”, the “lesso con la Pearà” and the “lasagnette al tartufo nero del Baldo”. Finally it is also perfect with medium or large time aging cheeses.

Come and find out the Valpolicella on our online wine shop Uritalianwines where you will find different typologies of the Valpolicella, the Amarone and the Recioto of the best years

What are you waiting for? Buy wine on Uritalianwines!